The Paddington festival was as picturesque as ever with people meeting up again from far and wide on the network. I would estimate that only a minority of the 125 boats are used as permanent residences; the rest being either leisure boats or working boats. Although 125 extra boats in London is now a small number compared to the permanent London boaters I do wonder if they feel a bit put out by our presence.

This picture is of Storm, a lovely looking little boat, believed to have been a tunnel tug. That is a boat used to tow unpowered boats through tunnels. Apparently many people ask Jan, the owner, if it is sinking; no, it is just low in the water.

The journey back towards Rickmansworth takes one past some great countryside, these shots are of the canal running close to Denham country park and the marina near  Widewater lock. 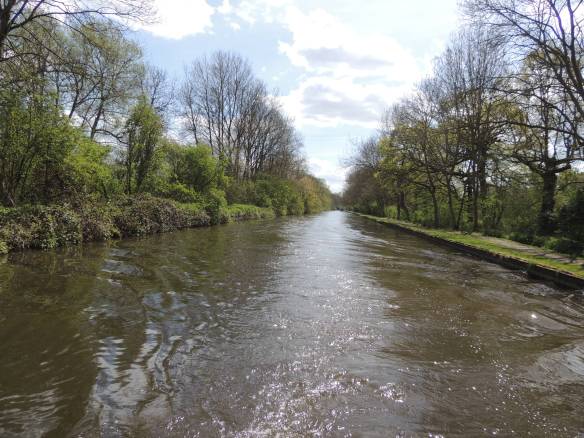 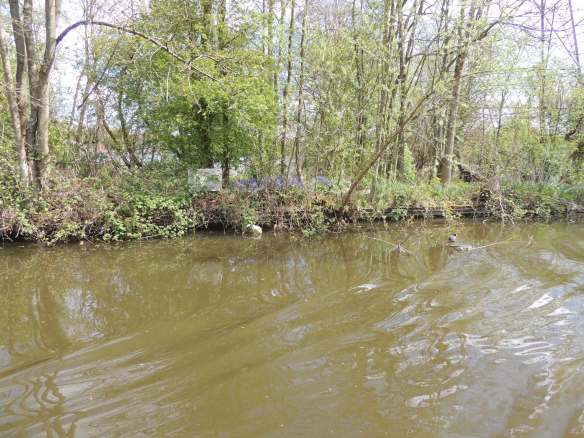 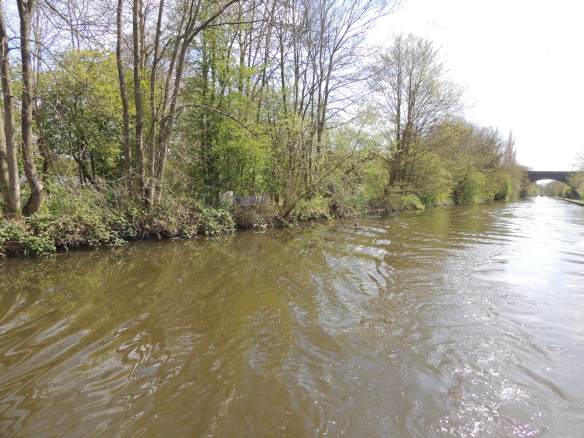 It is a bit startling to come across the sign that says this is where the new high speed rail is going to be built, that is right through the wide water marina and this countryside.

I wonder if the intention is to improve links to the north, and that it is truly an intention to extend it to where rail links are poor why it cant be started in the north and gradually work southwards once its benefits have been proven. It seems to me we now have reached the point of diminishing returns. The canals moved many times the weight of goods in a fraction of the time that ponies on muddy tracks did. The railways reduced days of transit to hours, hence making many canals unprofitable. Trucks on metaled roads again reduced the handling and transit of goods and speeded up passenger journeys, and motorways further helped by by passing congested towns. But now the wider motorways and faster trains are not making significant differences. Shaving minutes not hours or days off travelling.It seems we wont be happy until everything is instant, and then we can realise in an instant that we bought the wrong goods on line, or arrived somewhere we don’t like or missed the whole experience of the journey.

Anyway before the Ricky festival I offered to help move some furniture from Newark (saw the Trent and Mersey from the train) and Lancaster to Thurso. I have to say that I used all forms of modern travel apart from flying to get there and back. It is a story in itself which is illustrated with the lovely Lancaster coast, the Glasson branch of the Lancaster canal and my parking before I boarded the train in Newark back to Ricky (before I started drinking!) 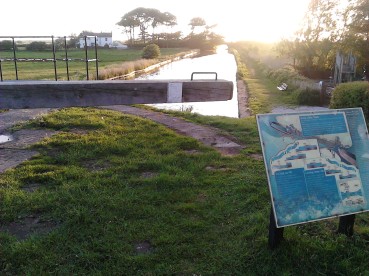 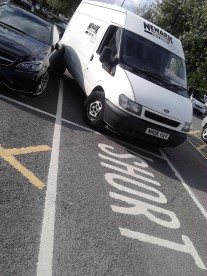 In case you are wondering , yes I did hit that Merc and yes we did own up and no the van was not short, but a long wheel base. Spending so much time on the canals one forgets that driving is not a contact sport!

The Ricky festival was as always fun. Phil and I pitted our two boats against one in the tug of war and soundly lost. The  Waterways Chaplains were on hand and were approached for assistance in many matters, not least to help  run the Sunday service at Batchworth lock.

As always it finished up with the Lock Jam with musicians in fine fettle.

And the reason for furniture removal was to prepare the marital home for my son Chris and Emily who were married in Newark at the weekend.

It was a wonderful Christian marriage service and a great reception all prepared and put on by family and friends, harnessing so much talent and generosity.

If you want to see some decent pictures have a look at facebook, pictures by Phil Hammond Photography.